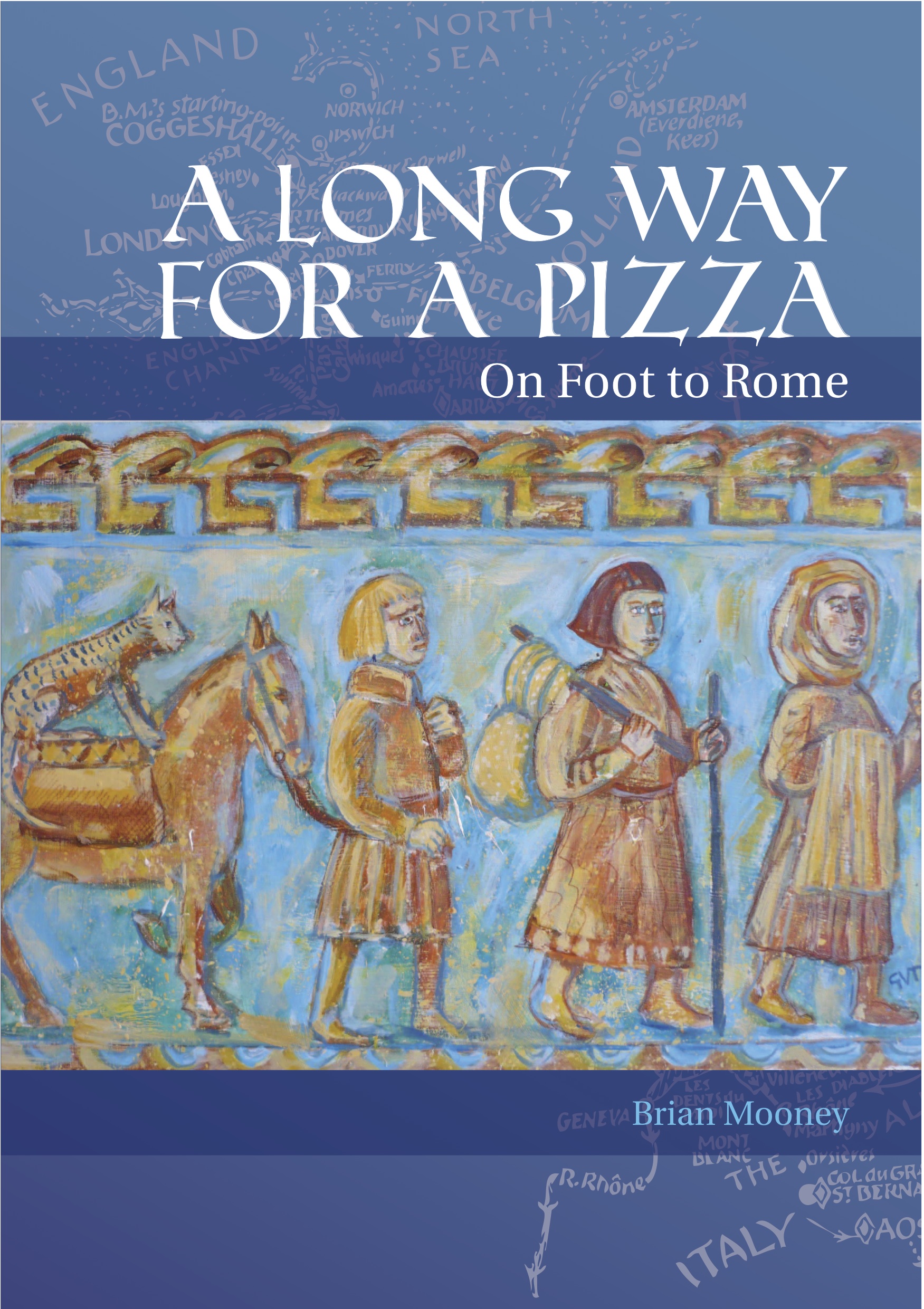 A Long Way For a Pizza

Confraternity of Pilgrims to Rome

A Long Way for a Pizza, Brian Mooney’s fifth book, is a spirited account of a 76-day journey on foot to Rome. Setting out from his home in Essex, Brian Mooney walks 1300 miles via St Paul’s Cathedral in London to St Peter’s Basilica. He is returning to Italy, which he first knew as a young foreign correspondent. From the open country of East Anglia, through the battlefields of Flanders, across eastern France, over the Jura and Alps and down the spine of Italy into Tuscany, the author is on a quest to learn what kind of pilgrim he is; and he also wants to see what has changed in Italy. Comparing his journey with Hilaire Belloc’s classic The Path to Rome, and reflecting on his experiences of reporting the year of the Three Popes and the kidnap and murder of a former Italian Prime Minister, he comes up with some unexpected answers. Colourfully and crisply written, A Long Way for a Pizza takes the reader on an ancient journey through the heart of modern Europe.

Brian Mooney is a prize-winning international journalist and author. He spent 30 years with Reuters reporting and working in more than 50 countries, and he was nominated for a Pulitzer Prize and won an Overseas Press Club of America Award for his coverage of Poland during the Solidarity Revolution.

“Brian Mooney dispels any notions that walking across Europe to Rome is a penitential exercise. Endlessly cheerful and enthusiastic, his book is distinguished, too, by an infectious passion for history, nature and other people.”
Michael Jacobs
Travel writer and art historian.

“Brian Mooney walked to Rome so that we don’t have to. A Long Way for a Pizza is the beguiling record of a trek which we can enjoy from the comfort of our arm chairs.”
Matthew Fort
Newspaper columnist and TV food critic