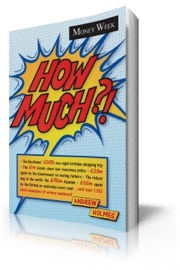 A miscellany of the best [or worst!] examples of consumption, corruption, vanity, waste and just mind-boggling stupidity drawn from Money Week's Bottom Line.

Who should buy this book?

Gift-book and miscellany market, everyone working in the world of finance, everyone interested in their own and other people’s money [who isn’t?!]

Andrew Holmes is a writer, management consultant and Managing Partner of Paricint LLP. He has consulted with many household names in the UK and overseas and has written 13 books including The Chameleon Consultant, Commoditization and the Strategic Response and the best-selling humour titles Pains on Trains, Pains in the Office and Pains in Public.

This title is currently unavailable; please contact us for details.